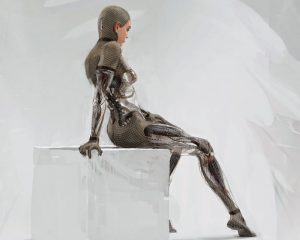 I’ve written a number of posts about memory implants, memory erasure, and mind control.  Scientists have inserted a brain into a robot and done several other unbelievable things in the recent past so I thought I should write a little about some newer developments in this transhumanist movement that I found worthy of an update.

Scientists recently discovered that neurons are far from equal in creating new memories.  Some neurons jump at the chance to create new memories while others seem disinterested.  Further, when enough time lapses and neuron connections break, their organization forever alters, suggesting the possibility that our memories are never truly lost – they just need re-engaged to become active again.  Indeed, scientists recently recovered memories from amnesia patients using light.  Similar experiments were performed before (erasing memories with light) but the possibility of recovering all of our lost memories is quite intriguing – especially considering that psychologists have long shown that our memories modify each time they are accessed by our consciousness until sometimes, they significantly conflict with the original memory.  But don’t worry – reviewing memories can be done in fast forward mode so it won’t take your entire lifetime to review them.  Apparently, the process is similar to how our body places daily experience into long term memory at night (that is, in fast forward mode).  Lastly, scientists were recently able to implant memories in sea slugs using a new technique.

Why does any of this matter?  While everyone is hot on the topic of AI and the potential of robots or cyborgs taking over the world, there is a very real possibility that we will be able to manipulate our own brains and enhance our own brain power (without the need for a neural lace) in the very short term future.  But what will that mean for humanity?  Besides being able to download Algebra 1 through Calculus within a few minutes and saving hundreds of hours learning various other courses, criminal forensics may be forever altered, and our ability to share memories and feelings may be as simple as transferring a file on your iPad – just press send on Facebook and the whole world can share the memory of your first kiss …  While there may be plenty of room for abuses in these various upcoming technologies, there is a certain degree of excitement that should come with these brain manipulations as well.  Beyond Alzheimers and PTSD applications that have been well considered, we could rapidly race to a new level of intelligence.  Neglected children could catch up in school within a matter of minutes or days (assuming of course we can get past the “takes time to stabilize new memories stage of technology”), employees could be trained for new jobs nearly instantaneously, and complicated international negotiations could find a common level of understanding in minutes instead of days (“understanding” doesn’t imply resolution).  Myriads of other applications could be quickly envisioned with very little effort.  Of course, that won’t solve all of our problems and despite the 10% brain myth, our brains will eventually get full (without Elon Musk’s neural lace) but it sure makes for an interesting future.

I investigated these questions in my latest novella, entitled Assassin Hunter (now available in paperback). Here is a free excerpt: Chapter 1.  What do you think about these scientific developments?  Why are they not getting more press?  How will different religions ethically address these issues and … does it matter if they happen before those religions are largely aware of what is happening in the first place?