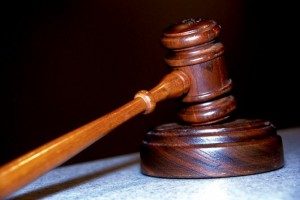 Verdict: Guilty by reason of brain waves.  Sound implausible?  Not for long.  Science Daily reports that preliminary data from the Association for Psychological Science is hoping to keep us from ever lying again … well, at least they are hoping to keep us from lying about crimes (take a deep breath and say “whew”).  Clunky brain scans of our memories have been developing for quite some time now so it was inevitable that someone would figure out how to scan your brain to determine whether or not you were guilty of a crime.  While prosecutors may be excited about the potential for this technology, crime novelists and sci-fi fans may be in for some heavy disappointment when the whole basis for the thriller crime novel comes crashing down.  Why?  Consider this: unless you write your novel in such a way as to outlaw the use of brain scanning in lieu of limited police questioning, all the police have to do is find the culprit, plug him/her into the brain scanner, ask a few questions, and voila: the story is over.  Do not pass go.  Do not collect $200.

Of course, variety is the lifeblood of fiction right?  Something will dampen the use of this technology right?  Sure.  Sooner or later, we’ll be transmitting memories to one another air waves so a thousand people could be infected with the “false” memory of having committed the crime so the police will have to track down the origin of the memory but the variety in a scenario like this (or one like it) is looking pretty bland pretty fast.  Besides, hoards of innocent people will have to go to the memory doctor to remove the false memory of how they killed someone and then erase all of the subsequent emotional trauma that caused as well.  But to find the criminal, all the police have to do is track the date the memory was implanted, compare that date with the date of the crime, and voila: crime solved again.  Of course, there is always the virus scenario: along with the memory is a hack into your brain that can change the dates … but then, we are back to looking for the origin of the memories once more.  Maybe these ideas sound a little exotic if you haven’t studied much into transhumanism but they will look cookie cutter in a decade or so.  Until then, I hope someone that has more imagination than I do (at least where it comes to computers) is ready to tackle this cataclysmic development for the crime novel.

Okay – perhaps I’m being a little too tongue in cheek and pessimistic here.  In reality, I’m excited for this technology to develop and to find its way into the courtroom.  I’d like to see it used in civil cases once it develops as well.  It has the potential to save boatloads of money in litigation.  My personal observation is that one side is nearly always lying in litigation.  Heck, I’m even dealing with a guy who boasts about how he lied to policemen and private detectives to defraud a terminally ill old man.  Fraud can be very expensive to expose and nigh unto impossible in some states (three boos for Utah on that count).  But with technology like this, we can expect that sooner or later, the truth, the whole truth, and nothing but the truth will come to light.  Forget cat and mouse depositions, looking for a needle in the haystack discovery, and thousands of procedural loopholes to enrich the lawyers while soaking out the recovery value from the victim’s recovery fund.  Let the lawyers do preliminary discovery to learn the basic gist of the case, hook everyone up to the brain scanner, let the judge ask the questions, let the experts read the scans, and voila: justice is served.  Meanwhile, crime novelists are going to have a hay-day messing around with the possibilities of this new technology until someone really thinks through all of the loopholes, writes that bestseller, and sends second tier novelists out to copy the new crime novel blueprint.

What do you think?  Will this take the humanity out of crime novels or will it simply minimize the courtroom drama?  The chase survives.  The big reveal of the criminal’s motive survives.  But does the drama of tricking the criminal into admitting his/her guilt lose its luster forever when bran scanning technologies come to fruition?  Let me know what you think.