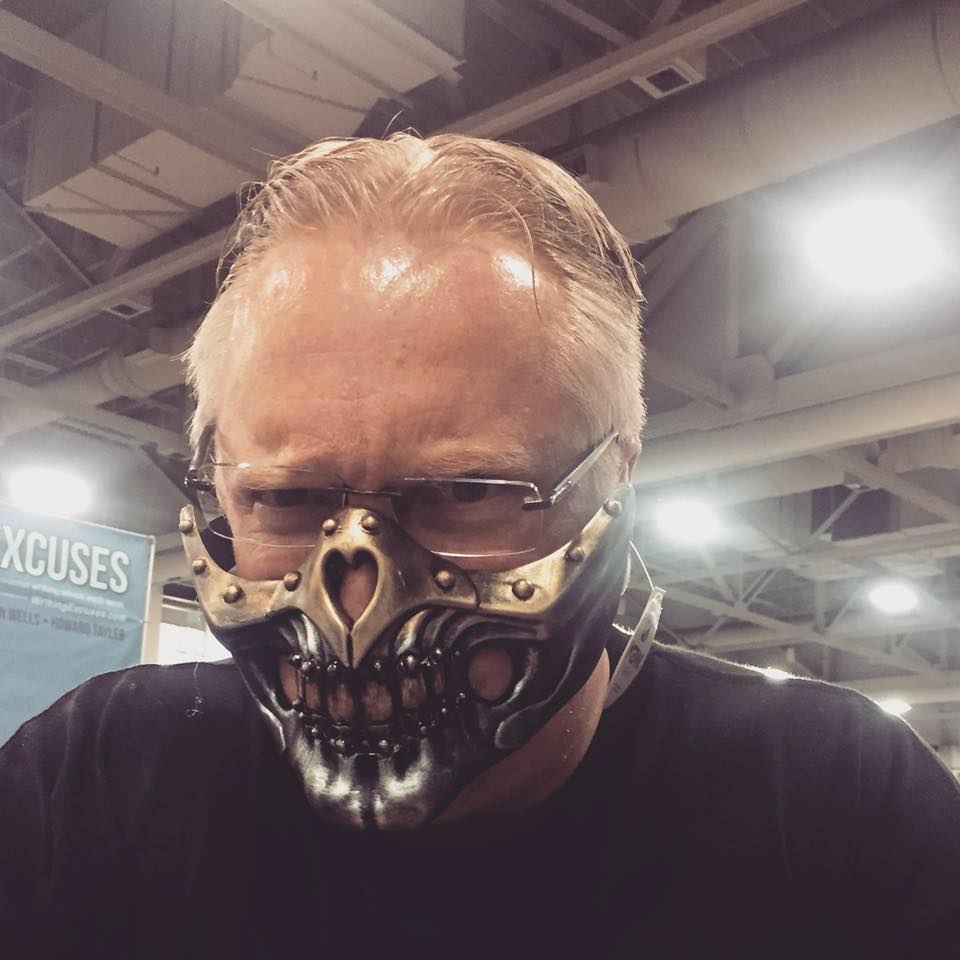 Drew, first thing in the morning.

His mood greatly improves after a strong day of storytelling.

Drew explores what happens when technology clashes with magic.

He’s been compared to Ursula LeGuin (Harry Potter’s biggest influence), Elaine Cunningham (queen of dark fantasy and Forgotten Realms), and Fydor Dostoevsky (godfather of Crime and Punishment), but he takes his greatest pride in the fact that he can juggle more balls than any other author on the planet.

Drew explores what happens when technology clashes with magic. He’s been compared to Ursula LeGuin(Harry Potter’s biggest influence), Elaine Cunningham(queen of dark fantasy and Forgotten Realms), and Fydor Dostoevsky (godfather of Crime and Punishment), but he takes his greatest pride in the fact that he can juggle more balls than any other author on the planet.

He accidentally found himself a bestselling author in YA SFF Steampunk and Action & Adventure (Unproven) and SFF Anthologies (for 5 Blades) and a Top 5 Author at SciFiFantasyFreak.com (for Moon 514). Currently, Drew’s working on Sea Dragon Apocalypse (a futuristic sci-fi thriller meets epic fantasy mashup).

Drew has also dropped a couple million words into ancient near eastern, legal, and historical texts if you need a cure for your insomnia. He graduated Phi Kappa Phi from Brigham Young University before entering the J. Reuben Clark Law School on scholarship. He practiced law for sixteen years before repenting and becoming a full-time author.

for the uber curious

While in college, I thrust my OCD tendencies into a good cause: I returned to my childhood juggling addiction.  I was awarded Utah’s Best Professional Juggler award in 2001 and have retained that title ever since (mostly because they quit having the competition, but I like to brag about it anyway – did I mention I can juggle 8 balls?). I juggled as a performer at the 2002 Salt Lake Olympics. I competed at the 2006 IJA competition and handily lost because I dropped too much – but at least I saved one drop with an epic sidekick that really wowed the judges! I was also a staple performer at the Timpanogas Storytelling Festival for more than a dozen years because I’m the only juggler in the world that tells stories while juggling. Really – it’s true: I bill myself as the Story Juggler. You can hire me to juggle for insane amounts of money (please…) or you can just watch me on YouTube for free – your call.

After graduating from BYU (Phi Kappa Phi) with degrees in history, music, and logic, I entered BYU’s law school on scholarship and began teaching philosophy at UVU. Forsaking exotic and life-changing trips around the world with jazz bands (Europe) and symphonies (China and the Philippines) and recording on CDs (only two), I began my new journey of helping people beat each other up with reams of paperwork that cost ungodly amounts of money and that are only read by a very small group of people (litigating as an attorney).  I suppose I’ve drafted millions of words in that vein – including a number of thousand that made their way to the United States Supreme Court (we won).

None of that persistent fighting saturated my appetite for violence so I fought my way (nearly) to a black belt in karate until I broke my back and had to take a sabbatical – don’t worry, I didn’t do karate alone – four of my kids got their black belts alongside me! It’s illegal to beat them at home but at the dojo, we just call it sparring so – no worries mate!