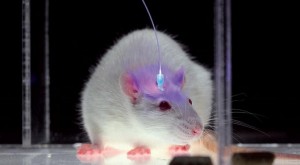 Breaking edge science can now create false memories, erase memories, and recover lost memories.   Fascinating – and scary – scientific discoveries about memories abound lately.  Fairly recent research from MIT discovered that memories are not stored in synaptic tissue as previously believed.  Now, UCLA has added to that interesting foundation by successfully inhibiting memory formation and recovering lost memories in mice by manipulating synaptic tissues.  Lost memories can be regained in mice by creating new synaptic tissue – even if that tissue does not grow in the same place where it was before.  That is great news for Alzheimer’s patients as it suggests that treatments may be available to both slow down and reverse memory problems in the early stages of Alzheimer’s disease.  Later stages may not be so easy since the research also suggests that memories are actually stored in our neurons … which are damaged or destroyed in later stages of Alzheimers.  Regardless, the findings make great sci-fi fodder.  Can’t see it?  Read on.

MIT researchers have discovered how to create false memories in mice.  By flashing lights into an area of the brain that stored memories of electric shocks, researchers were able to make mice afraid of environments they had never been in before.  That wasn’t enough information for some of us … maybe the mouse was simply shy?  Stressed by being involved in research?    So, they went back to square one and reinforced their findings: “They placed the mice in an environment they enjoyed. After that, they relocated them to another chamber where they received foot shocks, while their memory of the first chamber was stimulated with light. When returned to the first chamber, the mice froze, because their brain created a false memory and associated the electric shocks with the environment they had initially enjoyed.”  Cool or creepy?  Both?

This information is particularly interesting in context of a Great Course I’ve been taking called “Our Deceptive Minds.”  Psychological research has long suggested that each time we review our memories, our brains update, reinforce, and (tellingly) modify our original memory.  Worse, our confidence in our memories doesn’t degrade at the same rate as our original memory so we feel confident about our memories despite the fact that they may have become unreliable.  Just consider the implications of our fallible memories if they are constantly being modified each time we review them.  Incidentally, the Sagol Department of Neurobiology at the University of Haifa has made some discoveries that may allow us to take a pill that will enhance our ability to remember things in the future.

In sum, consider all of these findings in context:

I recently blogged about our ability to prove guilt in courtrooms using brain waves.  Consider this: technology can determine whether or not you have a strong memory associated with a picture of a crime scene.  People who have not been at the crime scene may have a strong emotion attached to viewing the photo but they will not have a strong memory associated with that scene.  So, in a “line up,” we can determine who was at any given crime scene.  In the future, it is not unforeseeable to imagine a criminal who is aware of this challenge.  He can copy his own memory of the crime scene (scientists have done this as well), modify that memory to be personal to whomever that memory is then given to, and then erase his own memory of the crime scene.  Then, in a line up of suspects, the real criminal appears to be innocent while an innocent party appears to be guilty.  In a transhumanist future, police push the issue farther and make the real criminal recover all of his lost memories (because they probably won’t find his memory in precisely the same place of the brain as the innocent party).  Technology would then be able to identify the real criminal’s presence at the crime scene.  Does that help?  Probably not – because he is now going to claim that the memory was traumatic to him as an innocent bystander and he naturally went to someone to remove it so that he wouldn’t retain that trauma.  Why didn’t he report the crime?  Fear.  Threats from the innocent party.  The alibi sounds reasonable when compared to the innocent party whose memory seems just as legitimate as the real criminal and who may not be able to discern the memory as a false, implanted memory.  If gollum can forget his own name (just like any other Alzheimer’s patient), and later recall it simply by hearing someone else saying his name, how is anyone going to be able to detect a false, implanted memory from a real one?  I don’t know about you but I’ve forgotten things and remembered them before – why would a false memory feel any different?  How could we discern the difference?  I’ve explored these questions in my latest novella (Assassin Hunter – here is a free excerpt) but it doesn’t appear likely that we’ll have real answers anytime soon – mice, after all, don’t tend to communicate any of their suspicions with great clarity.

Surely, there are many similar considerations to explore but these considerations alone offer the foundation for a great box office thriller.  Perhaps Matt Damon should take the role?  What do you think: would you be able to detect a false memory from a real memory?  What if it was very clever and intensely detailed – or custom made just for you?  How would you know?