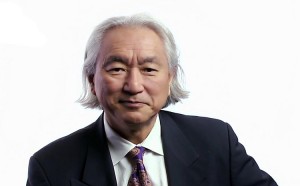 Last year, at WorldCon, I read Nexus by Ramez Naam.  His presentation for Nexus was my first exposure to the concept of transhumanism and it was both thrilling and revolting at the same time.  I suppose the same can be said of just about any technology when it is presented to society – blood transfusions were once extremely controversial, privacy with current social media remains controversial, and organ transplants will probably always be a hot topic among certain portions of our society.  I once read a statement from a person in the early 1800s saying that trains were going at speeds faster than mankind was ever intended to go – blasting past towns at speeds faster than 40 mph.  It seems men were born to invent things and to push the world forward and men are raised to resist these changes.

Reading Ramez Naam’s book, one might tend to believe that transhumanism is nothing more than cyber-hacking gone awry.  In a world where humans can download information into their brains (oh wait – I wrote about that in Moon 514 before I read Naam’s book…), humans are prey to viruses that enslave their victims in the worst kind of slavery (that part didn’t make my book – whew).  While Naam is all for this new, budding technology, he explores many adult topics you wouldn’t want your children reading (or even knowing) about.  Then again, he makes a reasonable attempt to balance the advantages of this technology while exploring multiple possible abuses as well.

While some of the repercussions of this new technology seem downright dreadful, Michio Kaku envisions an interesting facebook approach: digitizing real memories and then transplanting that memory into another individual for mutual entertainment.  He envisions teenagers downloading happy memories, their feelings after their first kiss, etc.  While that may initially seem innocuous and “entertaining,”  all of the blackmail we’ve seen over nonconsensual porn postings may suggest otherwise.  I can only imagine what dastardly blackmailing we might see when bitter break ups end with digitally downloaded memories shared over the internet – wrapped and ready for free downloads.  After hearing about the several suicides that have occurred after cyber-bullying, can you imagine the emotional turmoil some people will experience when their first *name your* experience with someone else gets posted online and now everyone has access – not just to pictures or movies – but to the very feelings that they felt and their very thoughts as they experienced them?  Nevertheless, Michio Kaku sees some creative uses for this new technology that seem very desirable.  After all, it could help Alzheimer’s patients, enable instant understanding for complicated subjects (how many people would be thrilled to learn algebra via instant download instead of trying to figure all of that out?), and allow us to know everything there is to know within a relatively short period of time – that’s the theory at least.

While the concept of transhumanism is new to just about everyone I meet, the amazing reality is that its doors have already swung wide open and our children will be living in a world where many or all things transhuman will be relatively “normal” to them.  If it’s new to you, watch this excerpt below for some an interesting (albeit short) update on this technology: