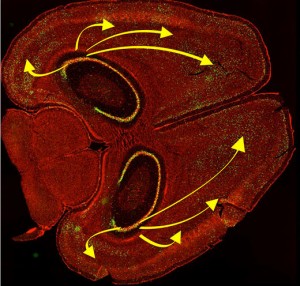 Scientists have successfully used light to erase unpleasant memories in mice.  You’re next!  Sounds scary?  Well, maybe this sounds scary if you’re a conspiracy theorist or if you have enjoyed a blissfully happy life but if you suffer from PTSD and would like some awful war memories erased, the new technology may not sound so bad.  Or, what if you simply cannot get over that certain someone in your life?

The age of brain manipulation is fast upon us so if you have concerns about transhumanist technologies, you ought to start thinking about them before the moment is upon you and you have to make a quick ethical decision about something you never considered before.  For instance, what if you went into the emergency room to see your daughter after a terrible accident and the doctor asked you if you would like to have the memory of her pain removed?  Would your answer depend on whether it was a memory of when her arm was torn off or whether it was a memory of how she felt about hurting the pedestrian she accidentally killed?  Or would your answer depend upon the cost?  Beyond reading your mind to convict you of a crime, scientists have been discovering how to tap into your brain to make you feel terrified (yeah – they discovered this in the ’60s) or incredulously euphoric just by sending electrical impulses into the pleasure center of your brain (that started in the ’50s).  Stephen Hawking is using similar devices to type messages using his mind and to change his environment by “telepathically” interfacing with computers.  One set of scientists has even discovered how to allow one person to move another person’s body by hooking each other up electronically.  And they have transplanted memories from one mouse to another.  The difference with this new development is that previous experiments have required surgery or electrical impulses to invade your brain.  Now, they simply shine a light into your brain and voila: no more memory.  Sounds like Men in Black, huh?

Science Daily reports all of the details but here is a short extract of how it is done: Scientists bred genetically modified mice” so that when nerve cells are activated, they both fluoresce green and express a protein that allows the cells to be switched off by light. They were therefore able both to follow exactly which nerve cells in the cortex and hippocampus were activated in learning and memory retrieval, and switch them off with light directed through a fiber-optic cable.”  In other words, until we are genetically modified, we might be safe from having someone pull this Men in Black trick on us.  If I were you though, I wouldn’t let that allow you to feel too secure about life – the technology is coming quickly.  It seems that we are probably only a decade or two away from viable technologies that allow your brain to be manipulated by outside forces – with or without your permission.

What do you think?  Is this the dawn of many blessings?  Learning calculus will be as simple as downloading a program onto your computer.  Horribly traumatic events can be forgotten.  False, euphoric memories can be implanted to replace those terrible events.  You can literally share your feelings with someone else.  Or, is this the dawn of terrible abuse?  Manipulation of memories can allow governments or rogue scientists to literally take over our minds to enslave us all?  Or, should we simply rest easy and trust the government to regulate all of these technologies so all we have to worry about is traveling to countries who do not participate in regulating brain manipulation?