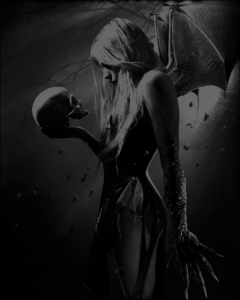 The term “taur” refers to the merging of more than one species. Taurs commonly found in literature include mermaids, centaurs, and winged humans.

Long before Shelley’s Frankenstein, we were sharing stories about changelings, transmutations, and various forms of magic that create new forms of life.  As real science has contemplated the possibilities of real life Frankenstein breakthroughs, various transhumanist experiments in 2015 more than humbly suggested that the limitation on human potential might be narrower than we expected.  Scientists killed volunteers and then resuscitated them for fun.  That was certainly Frankenstein-esque (not to mention a little disturbing for the religionists who participated – but don’t worry, just as South Park predicted, the Mormons won’t be surprised by the results).  And no, the NDE’s weren’t all hallucinations.

Scientists also erased and manipulated memories and performed experiments that make Jedi mind tricks more than a silly sci-fi idea.  Mind controlled prosthetics and remote magneto-sensing are now passe …  but we also learned how activities can change our DNA, how many (if not all) of us are part chimera because we have other persons’ human DNA inside us and on us (and some of that may be from your parents’ previous sex partners – I know … yuck), how we could (in the future) insert language developing DNA into less intelligent creatures, how the fountain of youth isn’t so far away (and that’s ignoring how we could have children live over 10,000 years old), how we could manipulate our DNA to make us turn into giants, how we could speed up human evolution by causing mass extinctions, how genetic doping can permanently change muscle mass (goodbye steroids), how what we eat can affect our children before they are conceived, how gene jumping is making the Y chromosone shorter, and … need I mention more?

Oh yeah – we sequenced the water bear or  “Tardigrades.”  Nearly one fifth of its DNA was borrowed from other creatures and it can survive just about anything we can do to it … and it only has to eat once every ten years.  What if we put that knowledge to “good use” and start considering the possibilities?  With 3 billion “letters” in the human genome and an ever evolving understanding of epigenetics, the possibilities seem endless.  Of course, if you believe the reports that only 7% of those letters are active, you might think possibilities are more limited.  Then again, they used to say we only use 10% of our brains so perhaps all the report really tells us is that we only understand 7% of what is going on with those 3 billion letters.  Either way, the difference between what we learned last year and what we learned in the previous decade is that, beyond gene therapy, deliberate, human manipulation of our own genome for more than medical purposes is a legitimate possibility.  Could we don cephalopod skin for camouflage?  Could we grow wings?  Could we be bred to endure nearly every imaginable apocalyptical zombie nightmare?  It’s all imaginable as “reality” now.  Unlike Shelley’s Frankenstein, gene therapy to optimize our bodies is current technology.  It isn’t something that will be considered remarkable a few decades from now; it will be considered commonplace – just like I wrote in Moon 514.

One key difference in scientific thought (that was developing before 2015 but that took some huge leaps in 2015) involves epigenetics.  Scientists have been telling us for decades that we share 90% of our DNA with primates but the real difference was never DNA … it was other epigenetic factors (changes in gene expression without changes in genotype).  Our knowledge of epigenetic factors has been growing significantly enough to imagine that external, non-genetic influences upon our cells can make a gargantuan difference in how our genes are expressed.  I wrote a short story considering how this could be a game changer in (IMO) stale zombie literature (if authors were aware and understood these issues better).

Besides obvious alterations (as outlined above), what genetic modifications do you think we’ll see at the end of this century?  Genetically based tattoos to replace the ink and scarification?  Fancy fantasy eyes (e.g., rainbow irises or Raistlin pupils)?  Will it spell the end to plastic surgery?   Let me know your best guess.