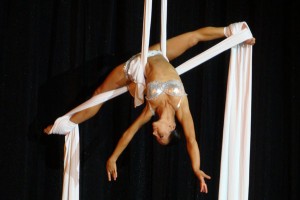 Too often in SFF, the arts are blandly portrayed, as if the arts will never flourish in the future – or in fantasy cultures. Occasionally, in quasi-visionary movies, we see glimpses of creative new ideas for the arts but they are often bizarre or not really so new. Star Wars IV comes to mind: the band in the bar had some interesting looking instruments (and aliens) but the sounds were clearly made by conventional instruments.  No musician could help noticing familiar woodwind sounds.  Star Wars VI also comes to mind – what was that weird smoky blob stuff Senator Palpatine was watching with Anakin?  I’m not bashing George Lucas – I’m a Star Wars fan just like any other self respecting geek – but his world building focuses much more heavily on chase scenes, fight scenes, and unique monsters than cultural artistry.  Twi’leks may dance a lot in fan art but there is little dancing in the actual movies. 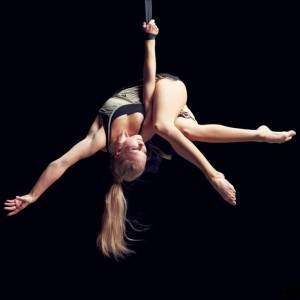 In contrast, look at dancing in reality – it is much more creative than most SFF worlds.  Take aerial silk dancing for instance.  It is relatively new.  Word is, André Simard invented the art form in the late 80s for Cirque de Soleil (and he may have been the last successful male aerial performer since its inception if casual google searches are any indication).  Recently, I featured a post with some astoundingly beautiful pictures of water dancing.  High end entertainment resorts have had mermaid divers entertaining guests for decades.  And yet, frequently when I read SFF, all I find is a sidebar about some beautiful woman dancing or someone singing a glorious ballad from ancient lore.  yadayadayada.  Doesn’t it seem likely that fantasy cultures would have more inventive ways to entertain one another?  Aren’t they supposed to epitomize new and novel ideas?  If so, why such dilatory treatment by modern authors and filmmakers?  American authors don’t even have to look past their homeland: Native American hoop dancing is vastly more interesting (by several light years) than your average SFF dancer.  And aerial hoop/silk dancing is certainly more interesting to consider as a viable alternative to traditional dancing in fantasy literature – after all, there is no fancy technology required so why couldn’t a medieval-esque society develop aerial silk/hoop dancing?  And why couldn’t a magic infested society have aerial dancing without any silk or hoop at all?  Magic defies gravity all the time so why not use magic to enhance artistic dance – or gymnastics – or fighting.  Wait.  We have lots of magic guys defying gravity in fight scenes.  Scratch that … we’re much more creative in how we depict fighting than the arts.  The same is true for science fiction.  Why do dancers have to abide by gravity?  Couldn’t we throw them in a vacuum chamber to entertain us?  Ender’s Game had fun with this for fighting sequences but what about artistic entertainment?  Chinese artists and filmmakers have at least graced us with interesting ribbons flowing around their bodies (while fighting) but the rest of the world has largely ignored these efforts.  Is this a reflection of western civilization or is this simply a reflection of authorial laziness?

Juggling is similarly treated with negligible artistic input.  I was supposed to be a juggler for a Robert Jordan fan film so hats off to him and a handful of other authors who at least think that far outside the proverbial box but what are jugglers juggling in SFF?  Balls usually.  Torches.  Knives occasionally hit the page.  Okay – I can do those things and I know they are popular but shouldn’t mage influenced cultures be juggling something cooler yet?  I juggle fireballs.  Really (it’s a burning wick inside a kevlar spherical cage).  That could make for an interesting twist in a fantasy story – perhaps it could be magical fire with changing color, or size, or maybe it could leave smoking trails that swirled around the fireballs.  In real life, we have several interesting versions of juggling that rarely make it to SFF novels.  Sure, bouncy ball juggling probably wouldn’t make a lot of sense in a fantasy world without silicon technology but there are several kinds of juggling props in real life.  Michael Motion created contact juggling in several forms and it has several elements that make it a perfect fit for fantasy stories (consider David Bowie in Labyrinth).  For instance, many tricks involve making the prop appear to levitate or float in the air.  Again, American authors need look no further than our homeland for many creative ideas but if the well seems dry, check out European jugglers who have an entirely different idea of what juggling is all about.

And what about paintings?  Rarely are these depicted in an interesting way.  Kudos to J.K. Rowling for coming up with the idea of printed GIFS but what about 3D drawing?  Is that so hard to imagine?  I addressed 3D hologram sculpting, light manipulation, sound reproduction from vocal chord scanning, and more in Moon 514 last year.  Surely, our many talented authors can come up with ideas more creative than mine.  We just don’t seem to have the desire to do it.  Why?  Is America losing its appreciation for the arts or are authors just too interested in the big reveal, character development, and plot advancement to bother conjuring up artistic flavors that make the journey through the story more enjoyable?