Dragonsplat: Who Wins? Technology or Magic? 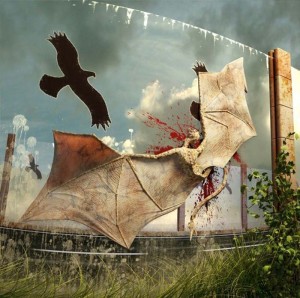 At FantasyCon 2014, an astute panelist brought up an idea that I’ve thought about from time to time but haven’t given serious consideration to … at least not in terms of writing a new book.  The idea is to pit technology against fantasy.  I explore that somewhat in Moon 514 … and I’m not the first to do so.  As the above image shows, the idea isn’t exactly new.  However, the idea hasn’t been explored thoroughly.  Comedy blog posts ask if Mr. Scotty were fighting Valdemort, who would win? or Superman versus Batman: Who Wins?  But no one seems to have taken the question to its logical extremes.

I’m writing a new book entitled Unproven.  In the book, I’m tackling the question head on and I’ve found it to be quite dicey … but that is only because I want the fantasy race to win this particular competition.  The more I think about it, the more I’m convinced that technology would probably win the race unless the magical culture was much far advanced in what they could do.  Mr. Scotty wins because the phaser is faster than the wand.  The dragons arrival is announced long ahead of time by satellites or sonar or something.  Batman wins because Superman is allergic to magic.  But these are only representative examples.  What do you think?  Who wins: technology or magic?