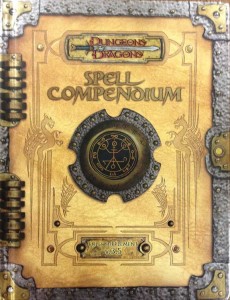 One of the things that regularly grabs my attention when reading fantasy books/magazines/articles/pitches/short stories is the utter lack of creativity that I see from magicians/wizards/mages/witches when casting spells.  Okay, I admit, when I played D&D as a kid, fireballs were pretty alluring not only because the proved themselves effective time and time again but because they just seemed awe inspiring.  Maybe it made my character seem like a dragon – who knows what my early teen mind was thinking.

As an author though, I have to constantly be asking myself whether or not my ideas are tripe or borderline cliche.  Were I to draft a chapter with fireballs, I would immediately have to consider my ideas suspect – maybe workable and possibly even new in execution – but suspect nonetheless.  The same is true for a number of many tropes that have captured the attention of generations: magical weapons with special abilities (maybe swords that can cut through anything … 47 Ronin anyone? lightsabers?), levitation tricks (the primary trick of the Jedi), animated objects (books that try to bite you – look out Harry!), love potions (how many fairy tales???), fast healing abilities (Duncan Macleod, Wolverine) and of course, some sort of inexplicable system of magic.  Why does the magic work?  Who knows … it just does.  Some of these ideas continually engage upcoming generations but they start to feel very dull after twenty-something.

What is the alternative?  Creative brainstorming and a good resource to get your mind invigorated!

One time, I was thinking about the popularity of Spider Man and then thought about how his powers seemed a bit stale after reviewing any three or four of his stories in my mind.  Don’t get me wrong – his character is definitively alluring and his powers are, at first glance, inspiring.  But after a while, it just seems normal that he can swing from building to building using spider webs.  What else can he do with his talents?  Well, maybe he could tie people up or create a non-sticky hammock.  So, after I considered these limitations, I sat down with my most creative son (his name is Jasher … not John, Mike, Tom, Chris, or Dave) and came up with at least fifty different and creative spells inspired by spiders.  The experience engendered a new character that I still haven’t written many stories about but that I’m excited to write about – he just needs to wait his turn.  Similarly, I have a character that specializes in illusions.  How many engaging ways can illusion spells be used in a story?  I don’t know but I’m sure I have at least 100 ways to use them that seem fresh – and while motivic in nature – unique.

Like any other author with OCD, I keep lists of these things for future reference and I keep adding to the list.  One thing has proven very helpful for me to build this list:  D&D’s Spell Compendium.  I know, I know: the cover is cheesy looking, lots of the spells are game specific, and others are geared towards pre-teens but hear me out.  The authors of the Spell Compendium have divided their spells into various categories for different types of characters: clerics, bards, wizards, etc.  While this isn’t overly helpful for me, the idea of categorizing spells is one that I have found helpful.  I generally divide mine into three categories: violent, non-violent, and psionic.  I try to keep my violent spell list the shortest of all of the lists and I look for opportunities in my stories to use spells or magical abilities that are nonviolent.  These may not be overly effective if you have a low level mage fighting a dragon but the Spell Compendium has many spells that offer your hero a chance to escape combat without being overly violent.  For instance, breath steals, nauseating clouds, phantom foes (this calls to mind a story of my high school gym teacher who once ran out of class in panic because [while using acid] he saw thousands of army ants crawling all over his body), orbs of cacophony, intimidating presence/voice (illusionary), intoxicating effects, etc.  None of these spells would require any significant degree of violence but they could dispose of a foe – or an army of foes – without much imagination.

And now that I think of it, “intoxicating effect” could inspire an interesting theatrical debut in a fantasy environment: a drunken dragon scene might prove quite comical in a children’s book or dangerously entertaining in an adult book – all depending on how the scene was written.