5 Ways Disney Got It Right With Cinderella 2015 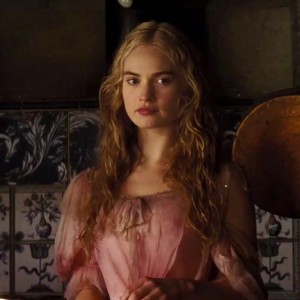 I was more than a little shocked to see how Disney treated Cinderella in the newest film.  They got so many things right with this film adaptation that I nearly left the theater dumbfounded, wondering if I’d mistakenly heard Disney was responsible for the adaptation rather than an independent film maker with core Christian values.  I’m still thinking about it so I thought it earned a blog post.  Here are 5 Ways Disney Got It Right:

1.  They Made Cinderella a Woman of Substance

Maybe I’m the only one whose bothered by Disney’s one dimensional characters who fly apart and abandon their whole life’s purpose over a miscommunication or perceived lie but I was pleasantly surprised that they made Ella a woman of substance.  They could have abandoned her as a thoughtless vestige of pre-feminism and poked fun at her (a la Enchanted) but they didn’t.  They gave her very traditional selfless and obedient demeanor the foundation of solemn thoughtfulness:  she holds to her mother’s advice even when it is difficult (and when her mother was gone); she gently scolds the prince by sharing principle rather than ranting about her feelings about hunting (she tells him “Just because something is done doesn’t mean that it should be done” and he graciously receives her correction); and she is forgiving rather than vengeful (she explicitly tells the wicked step-mother that she forgave her at a time when she could have insisted upon justice).  Sure, the prince acts the part of a loving, protective husband by banishing the step-mother anyways but Ella holds on to her core values throughout the movie.  She doesn’t just hold to her mother’s mantra to “have courage and be kind” when things weren’t that bad – she overcame the test of her courage be kind until the very end – when she faced her step-mother in the concluding scene, Ella confronts her fear of the unknown by admitting she doesn’t even understand her step-mother’s cruelty.  Rather than retaliating, she shows kindness. 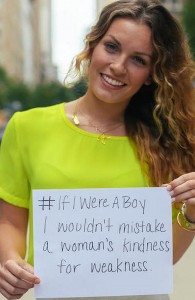 Here is IMHO the best quote showing her magnanimous attitude:

Sure, it can be taken as a slam but it’s difficult to look at Lily James’ innocent demeanor and be convinced she was offering a secret slight.  And maybe you could say she is empowering their actions by justifying their poor behavior but watch more carefully: it is Ella’s ability to hold on to principle that makes her a strong character – and Disney portrayed that very well.  Huzzah for a female protagonist who didn’t win our approval by showing her ability to master the traditionally masculine role of beating someone up with some really cool ninja moves.  She won our hearts by being a woman of substance.  She’s not just eye candy – she’s the type of woman you’d actually consider marrying.

2. Both Main Characters Respect their Parents

Boy, Disney really broke tradition here.  Cinderella could have abandoned her mother’s advice as quaint or non-applicative to her dire situation.  She could have crumbled, whined, and complained.  She could have become a broken person.  Instead, she respects her mother’s advice and tried to apply it to her life throughout the movie.  And the prince?  Sure, he could have just ditched his father’s advice as old fashioned and worthless.  Instead, he shows respect for his father’s point of view.  He does debate the point with his father but he does it respectfully.  He even crumbles in fetal position by his father’s bedside.  Not once were we even confronted with the possibility that he might just blow off his father as a thoughtless has-been.  I think I’ll need to watch the movie again because I’m pretty sure I passed out from shock over this issue.  Think through a dozen Disney movies where a youngster is the protagonist and you’ll probably find at least ten movies where they protagonist became a hero precisely because he/she disobeyed his/her parent.  Cinderella was groundbreaking in this respect and was a gargantuan breath of fresh air.

Okay – so this is a petty detail.  I get that – I’m the farthest thing from a shoe aficionado you’ll find outside of Kentucky backwoods.  But check them out and convince me that you can come up with a better concept for glass slippers:

I wasn’t as impressed with the final dress.  Of course, it was beautiful but I couldn’t help hoping that Ella’s mother’s dress would only receive a couple tweaks to carry her off to the ball.  It was much more becoming her modest personality (no, I’m not talking about modesty in dress) and seemed a much better match with her deep soul than the flamboyant fare she received from the fairy godmother.

I don’t really care for ballroom dancing.  We have a history and it’s not full of hugs and kisses.  I think breakdancers are the gods of dancing.  But if I was going to find a beautiful way of portraying an elegant, graceful dance, I’d have a hard time beating the scene where Ella finds center stage at the ball.

The words “You lied to me!” are so iconic in Disney movies that I find myself silently betting on which scene it will show up and silently hoping the scene won’t be a disastrous embarrassment.  And nearly always, it’s after the protagonists have all but pledged their undying, never ending, forever valued, perfect love for one another.  Then, over some trivial misunderstanding that doesn’t even begin to imitate the fledgling skills of budding juvenile communication, they blow a fuse and all but vow to hate the other person forever.  Predictably, we expect the miscommunication to be resolved but even if it is, we can’t ever have much thoughtful hope that they’ll weather future storms with much maturity.  It’s become such standard fare that we even suffered its undeniable presence in James Cameron’s Avatar.  In Cinderella however, we not only avoid that trope (although it did receive a tip of the hat), we’re left with such confidence in these characters of substance that we might actually believe that they honestly will live happily ever after.