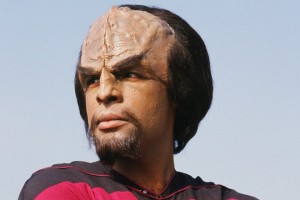 Increasingly savvy movie goers are demanding that Hollywood learn an important lesson: we can tell when your aliens are using bad grammar!  Really?  Scoff all you want but it’s true and sci-fi/fantasy authors ought to take note because fans are starting to take issue with languages poorly developed by authors in their books.  I noticed a movie credit last year acknowledging a team of linguists for creating the language in the movie.  I don’t remember what the movie was but I remember thinking that was a lot of effort when everything they said was subtitled anyway.  It seemed a little overkill.  Okay – I thought it was cool too but that’s beside the point.  As an author, I thought it was bad enough that I had to learn physics on the side just to appease those hardcore readers but this is getting out of hand isn’t it?  Do I really need to be an expert in every field of life?  Do I really need to hire a linguist for every book that I write just to make sure the alien languages I’m writing are convincing?

Alas, the answer is yes.  Well, at least that’s what fans are telling Hollywood.  Click on the image above for the full news story.

A few years ago, on a whim, I read In the Land of Invented Languages.  I’m too much of a nerd to give up easily so I took a Great Course on linguistics.  Okay, I took a course on the development of written languages as well.  And maybe another course or two on languages …  I mention that because I feel like all of that effort really only offered me the structure of what it would take to develop a new language.  Sure, I know enough to create the sounds, the grammar, and the letters – including slurs, contractions, and local dialects – but it might take me a dozen years to really put that all together if I wanted to be uber convincing.  After all, we’ve been developing English for how many thousands of years?  And now, when I only do a tenth of the work to develop a language on my own, I can expect hardcore fans to be unsatisfied unless I hire a linguist to review my work for inconsistencies.  Ugh!

Okay – I’m overreacting right?  The truth of the matter is that readers are beginning to expect that these types of details are accurately portrayed in their books and movies alike – it helps transport them into the fantasy world we’re writing about they say.  That would be okay but for the fact that an increasing amount of fans will vote down books or give less than desirable reviews if your book is inaccurate when creating these minutia in your novels.  Of course, there are a few easy solutions to this that were not mentioned in the Wired.com article I mentioned earlier.  Here are a few I thunk up all on my own:

2.  write a space opera without aliens.  Your explorers find nothing besides reptilian beasts that have no intelligence beyond neutral-evil beasts.

3.  translate everything so your readers never see your language.  Don’t forget to mention that someone is translating though.  Not everyone is C-3PO.

4.  cheat.  I did. Moon 514 describes telepathic communication without bothering to offer specific words … no complaints so far and it is getting good reviews.

5.  write young adult or children’s books – they don’t care!  Heck – you can just throw in all of the gobbledygook language you want and they’ll probably never notice.  Make sure to include a disclaimer though … so the parents are warned not to read your book to their children.

6.  put coded, secret messages in the alien dialogue that politely suggests that nerdy readers get a real life.  Or perhaps suggest that they could volunteer to work for you full time for free to critique your linguistic creations.

I’m thinking there have to be other solutions but nothings coming to mind.  Any thoughts from you fellow authors?