Get Your Audiobook Copy! 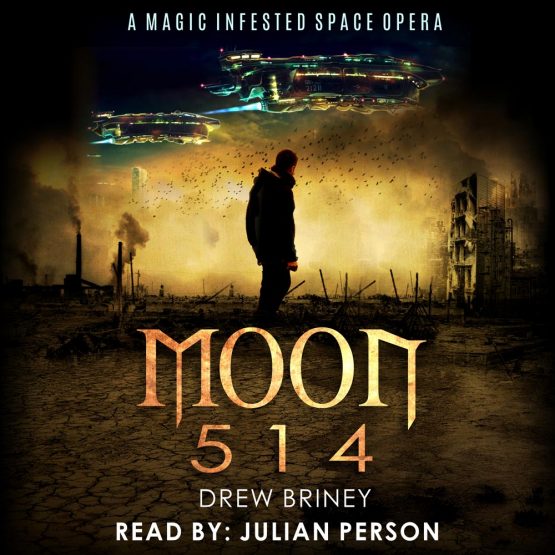 Trained from boyhood to be protectorate of the only known community of survivors in a post-apocalyptic world, Blaze’s life takes a devastating turn when he fails to save the Order from an unexpected and devastating attack. When his mentor turns executioner, Blaze gets arrested for treason and falls victim to Toka’s secret genetic engineering experiments. He’s further thrown into confusion when his legendary combat skills prove useless against the magical powers of a small, unintimidating alien woman.

After Evelia, his unquenchable crush, becomes the alien’s unexpected apprentice, Blaze is called to lead mankind’s last few survivors to a surprising destiny: a technologically advanced civilization governed by magic.

Imaginative Blend of Sci-Fi and Fantasy

Imaginative Blend of Sci-Fi and Fantasy Blaze, was well developed and I enjoyed reading about the path this character is thrust along as the story progresses.

My Heart was Racing … Wicked!

Tremendously action packed with a very unique setting and an original theme … Very fun to read and will appeal both to lovers of science fiction and fantasy. I loved the futuristic and post-apocalyptic world … intrigued with this book END_OF_DOCUMENT_TOKEN_TO_BE_REPLACED

Action-packed treat! An incredible journey to a brilliantly woven storyline. Briney’s attention to detail is extraordinary, and he manages to share to us readers the very vivid picture he sees in his head ... no dull moment in the book END_OF_DOCUMENT_TOKEN_TO_BE_REPLACED

A breath of fresh air to read is, well, an understatement. … provides such a visual and great read that it makes you think “I wish that they made THIS into a movie!” … trying to figure out the resolution END_OF_DOCUMENT_TOKEN_TO_BE_REPLACED

My Heart was Racing … Wicked!

Imaginative Blend of Sci-Fi and Fantasy

Imaginative Blend of Sci-Fi and Fantasy Blaze, was well developed and I enjoyed reading about the path this character is thrust along as the story progresses.

Imaginative novel that manages to capture your attention right from the start with fantastic storytelling, engaging characters, strong dialogue and a plot that is refreshingly original. … lushly written with an eye for detail … wonderful world-building and character development END_OF_DOCUMENT_TOKEN_TO_BE_REPLACED

I am a fan of post holocaust stories and this one does not disappoint, the author has created a living world were humanity struggles to survive … Five stars and non stop action.

Great at pulling you in … sooooo good at twists. … lots of surprises. ... The imagery is amazing! ... brought tears to my eyes. … Your play on aliens is very unique, interesting, and delightful. You sure write heart-aching END_OF_DOCUMENT_TOKEN_TO_BE_REPLACED